Anderson School District 4 is the ideal choice for families, offering personalized learning and global opportunities.  We are dedicated to whole child education and to providing the vital 21st Century skills students need for college, careers, and a successful life.

Because we understand that every child has natural talents that shape their learning, our schools offer signature experiences in the areas of STEAM (science, technology, engineering, the arts, and mathematics), global studies, leadership, and Montessori education.  Additionally, our 1:World initiative connects students to the world classroom via personal devices.  By providing this blended learning approach, students engage in real-world learning opportunities that teach creativity, collaboration, communication skills, problem solving, and critical thinking.

In Anderson 4 we pledge to provide students with learning environments that are both safe and healthy.  We are proud that our efforts in creating healthy schools were nationally recognized starting in 2015 as all 6 of our schools have consecutively achieved the Alliance for a Healthier Generation’s 2014 Bronze National Recognition Award making us the first and only district in the state to have all schools recognized as Healthy Schools by the Alliance. 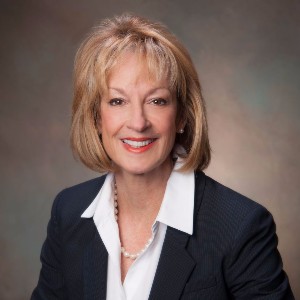 As we look to the 2019-20 school year, our focus is on the student and best practice! As One Team, Anderson 4 is committed to helping your student experience success now, as well as for the future.  We know that students and their families are central to the learning success equation, so we welcome your involvement and ask for your support.  Together, as One Team, we can do incredible things for our youth and our community.

We welcome you to our district!

Your thoughts, ideas and suggestions are very important to us. We have several methods of contacting us, as well as, receiving information from the Superintendent. Please see below for the contact information.
Superintendent's Office
Joanne S. Avery, Ph.D.
Superintendent
Email javery@anderson4.org
Phone 864.403.2000
Follow me on Twitter @leader4students

Dr. Joanne S. Avery began her tenure as Superintendent of Anderson School District 4 on July 1, 2015. She previously served the district as the Deputy Superintendent from 2006 until 2015.

Dr. Avery grew up in Anderson County, Tennessee, before earning her Bachelor of Science in Secondary Education from the University of Tennessee.  In 1980, she began her career as a biology teacher before returning to earn a Master’s Degree in Exercise Physiology where she served as a health industry teacher/trainer, corporate fitness director, and co-owner of a health facility. For the past 30 years in public education in SC, she has served as a teacher and has held numerous administrative roles.

On the state level, she has co-chaired the SC NCTAF (National Commission on Teaching and America’s Future) Coalition, which designed and opened two schools of the future.  In addition, she served as President for the SC Association for School Administrators (SCASA) as well as for its Personnel Division.  She has been honored as the Personnel Administrator of the Year by SCASA’s Personnel Division and was a finalist for the Award of Professional Excellence in Human Resources Management by the SC Chamber of Commerce and the SC Society for Human Resource Management.  Most recently, she was named the 2020 SC State Superintendent of the Year.

She is a graduate of the Riley Institute’s Diversity Leadership Initiative, served as a National Healthy Schools Ambassador for the Alliance for a Healthier Generation, and was selected for the Anderson Independent Mail’s 15 over 50 Class of 2018.  She served as the 2018 and 2019 Chairman for the Anderson County March of Dimes March for Babies Walk.

A lifelong learner, Dr. Avery earned a Doctorate of Philosophy in Education Leadership from Clemson University.  She and her husband live in Pendleton, SC.

What is the Jumpstart Council?

The District Wellness Jumpstart Council was established in 2011 in an effort to educate and promote healthy lifestyle choices in our community schools.   Our focus is to help students and families learn, establish, and maintain lifelong healthy eating and activity patterns.

To increase healthy food options before, during, and after school; to expand physical activity opportunities during the school day; and to provide wellness education.”

Welcome to the SchoolBlocks
self-guided tour!

The most common question we receive is, how is SchoolBlocks inspired by Pinterest? SchoolBlocks eliminates navigation bars and uses a block style layout that’s similar to Pinterest. It creates a unique and engaging browsing experience, optimizes for mobile and removes a lot of navigational complexity.

Please click on the red plus signs found on this page to learn more about specific features.